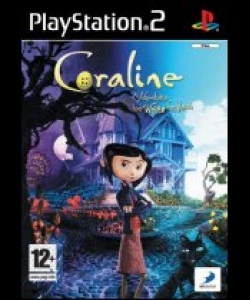 Based on Focus Features and LAIKA Entertainment’s upcoming film, CORALINE is a whimsical exploration game that combines puzzle solving, character interaction and item collection with traditional action gameplay. About CORALINE (The Movie) From Henry Selick, visionary director of The Nightmare Before Christmas, and based on Neil Gaiman’s best-selling book, comes a spectacular highdefinition stop-motion animated feature. A young girl walks through a secret door in her new home and discovers an alternate version of her life. This parallel reality is eerily similar to her real life - only much better. But when this wondrously off-kilter adventure turns dangerous, and her counterfeit parents try to keep her forever, Coraline must count on her resourcefulness, determination, and bravery to get back home.