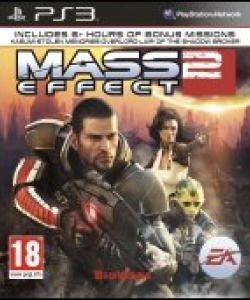 The PlayStation 3 edition will include the full Mass Effect 2 game and hours of bonus content, making this the perfect introduction to BioWare’s award-winning action RPG franchise.

Mass Effect 2 has already received over 70 perfect scores from media outlets such as the Associated Press, Eurogamer, MSNBC,com, G4TV and the Los Angeles Times, and is the highest rated game in the 15-year history of Bioware and the 28-year history of EA.

The Mass Effect franchise is an epic science fiction adventure set in a vast universe filled with dangerous aliens and mysterious, uncharted planets. In Mass Effect 2, PlayStation 3 players will step into the role of Commander Shepard for the very first time, leading a crew of the most dangerous special operatives from across the galaxy on a mission to save mankind. Featuring intense shooter action, a rich storyline, space exploration and emotionally engaging character interaction, Mass Effect 2 delivers an unparalleled gameplay experience.