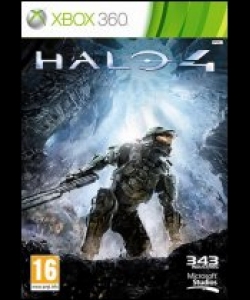 Halo 4 marks the beginning of a new saga in the blockbuster franchise that has shaped entertainment history and defined a generation of gamers. Developed by 343 Industries exclusively for Xbox 360, Halo 4 ushers in the return of mankind’s greatest hero, the Master Chief, in a newly envisioned, epic sci-fi adventure.

Set nearly five years after the events of Halo 3, Halo 4 follows the Master Chief and his faithful artificial intelligence (AI) companion Cortana as they venture into a mysterious new world and discover an overpowering ancient evil that threatens to annihilate mankind. With humanity’s fate hanging in the balance, the Master Chief and Cortana are thrust into a desperate mission against overwhelming odds to save mankind from the threat of imminent extinction.

As one of the biggest video game franchises in history, the Halo series has sold more than 42 million games to date, generating nearly $3 billion in total franchise sales. Halo 4 takes the award-winning series in a bold new direction, delivering its most epic and explorative campaign yet, together with a groundbreaking multiplayer offering rooted in Halo fiction —setting the stage for an epic new sci-fi saga.

Features: Top features include the following: