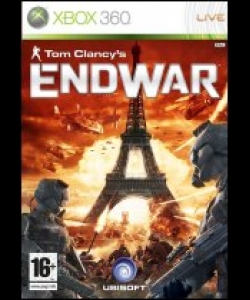 True to the Tom Clancy’s video games’ tradition of innovation and excellence, Tom Clancy’s EndWar is an all-new breed of strategy game. Designed from the ground up for consoles, it is a fusion of next-gen. technology, superior design and first-class production values.

2020, with resources growing scarce every nation must look after themselves. Tensions between the US, Europe and Russia are near a breaking point. One spark will ignite the war to end all wars. ENDWAR lets players experience this geopolitical epic in two distinct phases: