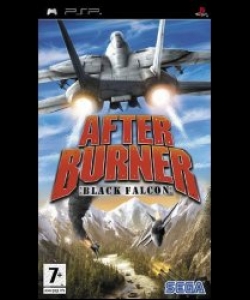 Developed by Planet Moon Studios, After Burner: Black Falcon is the first arcade-style flight combat title for the PSP, combining intensive air combat with explosive gameplay, whilst allowing players to relive the experience of the classic After Burner arcade game. In addition to the in-depth customisation of 19 officially licensed military planes, players can fly solo in a story-rich single-player campaign or compete against friends in a whole host of multiplayer modes.

Players will be able to battle through an in-depth storyline where 13 top-secret fighter planes have been stolen by an underground mercenary organisation known only as Black Falcon. Utilising an assortment of hi-tech licensed planes and explosive weapons, players must recover the jets by engaging in high-speed aerial combat as they dogfight their way through dangerous terrain.