Realm of the Dead 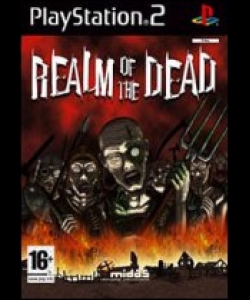 Realm of the Dead

Three valiant souls are now all that stands between mankind and a fate worse than death. A terrible plague is sweeping the country, raging through towns and countryside, turning all those in its wake into bloodthirsty zombies. Charged with carving a path through the undead, you and your two brave friends must rescue a noble Count and uncover an evil conspiracy that threatens to tear apart the realm! Your band of three warriors will need to fight tooth and nail through numerous locations including dark and dismal dungeons, a creepy mansion and a forest infested with aggressive plant life in order to free the realm. Before you despair there is hope! Combat victories earn you valuable funds to spend on new weapons, amulets, gauntlets and many other magical and military items. As your experience grows so do your defence and attack ratings and over time you can unlock more powerful combination attacks that will strike fear into the hordes of enemies. Arm your troops. The enemy forces are increasing their numbers and boss characters lie in waiting for you. Play Realm of the Dead - it's zombitastic!