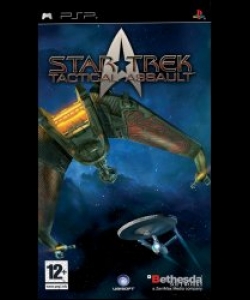 Star Trek: Tactical Assault is a real-time spaceship combat game for 1 or 2 players, featuring a wide array of authentic Star Trek races, ships, and weaponry from the universe of the original Star Trek series. Players take command of powerful Federation and Klingon warships and must outthink and out duel their opponents in order to succeed. Play through either the Federation or Klingon campaigns in single-player mode or go head-to-head against a friend in wireless multiplayer action.