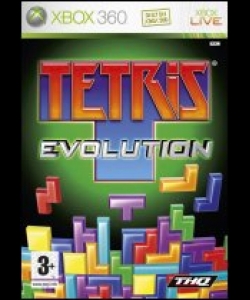 In Tetris Evolution, players will enjoy not only traditional Tetris gameplay but numerous new modes including "Go Low" and "Eraser" for both single and multiplayer. The multiplayer mode not only allows for up to four players on a single console, but players can now compete with up to four players via the Xbox Live online entertainment service. Contributing to the online experience are the new intelligent matchmaking system, which pits players against others within their skill level, as well as the online ladder system, which will enable players to track their overall skill level and accumulate Xbox Live achievement points to increase their Gamerscore. Tetris Evolution will allow players to take advantage of Xbox 360's high-definition capabilities with intense graphics that make the Tetriminos appear to pop off the screen and more than a dozen high-definition background videos. The game will also feature customizable themes, skins, icons and soundtracks to create a personalized gaming experience.