Tenchu: Time of the Assassins 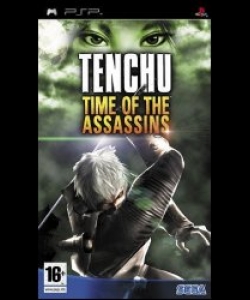 Tenchu: Time of the Assassins

SEGA® Europe Ltd, today announced Tenchu: Time of the Assassins exclusively for the PSP™ (PlayStation®Portable) system. SEGA has partnered with FromSoftware and K2 studios - developers of the popular Tenchu: Fatal Shadows (released in 2005 for PlayStation®2) - to continue the legacy of the flagship franchise, which is set for release on June 23rd, 2006.

The complex 3D environments the series is known for have been carried over on the PSP in their entirety. Enhanced stealth manoeuvres challenge your ninja skills, and all-new kill moves add yet more realism and entertainment to this ninja-based action adventure. Now, every enemy is susceptible to carefully planned stealth kills – even the end level bosses!

“Tenchu’s gameplay offers all the strategy of a stealth game but none of the frustration” commented Matt Woodley, Creative Director of SEGA. “This next release represents SEGA’s commitment to providing compelling new content to the handheld market”

All of the classic Tenchu characters return in scenario mode, including Rikimaru, Ayame, Rin, and Tesshu. Each character is tied to a different story, and each story offers different levels to play through. In addition to the scenario mode, there is also a ‘free mission’ mode that’s comprised of 50 independent missions to enjoy after you have completed the single-player campaign.

Tenchu: Time of the Assassins also features a robust multiplayer component that allows players to connect via a local (Ad-Hoc) connection to play cooperative and head-to-head games. A compelling level editor gives players a powerful tool for allowing them to create their own stages and share them with friends, also via ad hoc download.