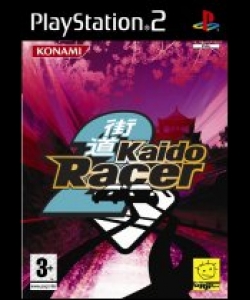 Think of the movie 'The Fast and the Furious' only make it faster and more furious, and you're pretty close to imagining the world of drift racing. It's a craze that started in Japan some years back, where guys took supped-up cars into the mountains for 'sight-seeing' (Kaido), in fact they went there to throw the back ends around hairpin bends like they had a death wish.

More recently this craze has been locked down Stateside into something much safer, but equally as exhilarating. It's now a fully-fledged competition sport with major prize money to be won. So now Konami is giving you the chance to get a taste of the action from the safety of your PlayStation 2. Kaido Racer is the first videogame to capture this extreme activity in a videogame, fully immersing players into their world.

To begin with you get to race on the roads where the sport was born, but the idea is to hone your skills before entering the big tournaments. You'll be competing for big-money prizes and the chance to own authentic versions of the types of luxury cars that are driven. Kaido Racer features more than 150 licensed cars from over a dozen manufacturers like Nissan, Subaru, Mitsubishi, Mazda and Volkswagen.

You get five modes of play, all centred on precision driving, which include two-player face-offs. The main area of gameplay is Career Mode, pitting you against nearly 200 underground racers in official daytime events and underground nighttime races.

Other modes range from underground races, to sanctioned events where the biggest money can be earned versus the pros. Overall, this provides the fullest experience of drift racing in which points are awarded for speed and style.
To add to the authenticity sponsored race parts can be bought for detailed car tuning and modifications to handling physics. In this there's an element of strategy involved - planning for environmental effects related to all four seasons: weather effects such as rain, snow and fog.
When you're done risking life and limb, head to the replay theatre to enjoy watching dramatic edits of your skills in action.