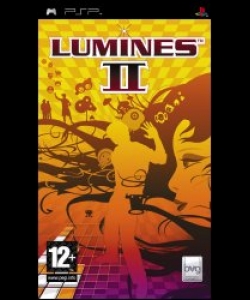 Lumines II for the PSP is the highly anticipated sequel to the extremely addictive puzzle-based video game, Lumines. Gamers control squares made of four smaller block pieces that are dropped into the playing field one at a time to form same-color squares. The vertical “timeline” sweeps across the playing field from left to right and wipes the same-color squares from the playing field. Unmatched blocks pile up, and the game ends when the pile gets to the top of the playing screen. Advance through many action-packed levels, each with its own musical theme and sound effects.